The Story Behind the Mucky Duck

Many years ago, a quaint little tea house known as The Gulf View Inn resided on the Captiva beachfront, with a window seat to the ocean. Time passed, and due to beach erosion the Inn was moved back 300 feet. As the years went by, the Inn was closed and transformed into a beach house.

In 1975, two entrepreneurs got together and purchased the beach house for a potential rental property. While at the Lee County Courthouse to get things in motion, they inadvertently discovered an expired beer and wine license which could be reactivated for $100.00. That evening while sipping cold beer and watching the sun paint a picture as it set across the Gulf of Mexico, an idea was born…this magical sunset experience needed to be shared with others.

So, many ask, where did the name “Mucky Duck” originate?  Quite simply, from England, where drinking establishments are frequently at the heart of the local community. It is rather common for English pubs to bear names such as “The Black Swan”, “The White Swan”, “The Dirty Duck”, or “The Mucky Duck”. On January 29, 1976 the old Gulf View Inn on Captiva Island was reborn as The Mucky Duck.

In 1980, Swiss restaurateur Andreas Bieri purchased an interest in The Mucky Duck, and was its head chef and manager prior to taking on other business endeavors.  Between 2011 and 2016, he bought out the other partners and and has since been once again managing The Mucky Duck.

Below: One pub in Stratford-Upon-Avon is famous for its two-sided sign 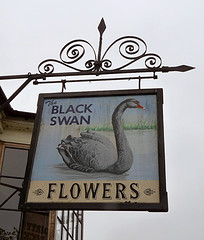 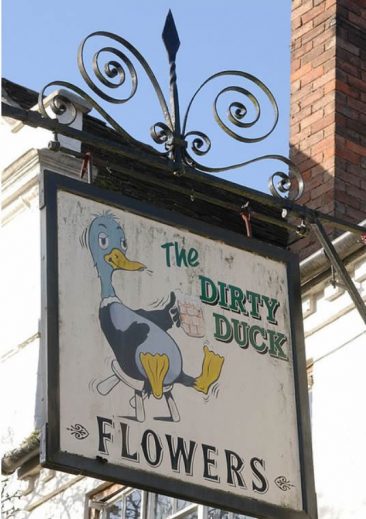 Below: British rock-n-roll legend Gary Brooker (with his wife Frankie, at top), of the band
Procol Harum and a friend of Andreas, in front of two different Mucky Ducks in England
(the photos are old, but if you look closely, he is wearing a Florida Mucky Duck T-shirt) 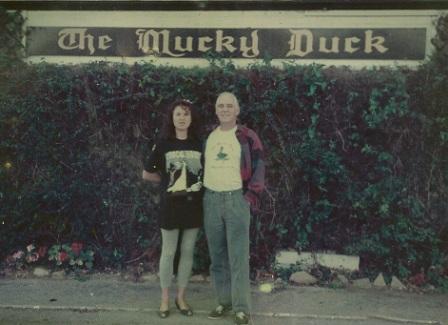 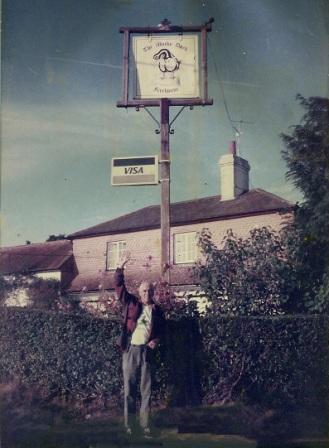 Do yourself a favor and head over to this spot if you get the chance to spend any time on Sanibel/Captiva. You wont regret… Read More

Various evenings during our stay on the southernmost tip of Sanibel Island, we’d pile in the mini van and head due north about 30… Read More

Smack on the sugar white sand of Captiva Island, this British-style bar that opened in the mid-1970s has a neighborhood beach vibe and attracts… Read More